Tech companies, Future Fund investment and the prospect of insolvency – what company directors can do

With the current economic difficulties affecting the tech sector, a number of companies who took Future Fund investment during the pandemic have been faced with the following realities:

This article looks at some current insolvency statistics; why directors may want to avoid liquidation; particular issues with the Future Fund; and a possible way forward using another insolvency process.

According to the Gazette, there were 2,029 company insolvencies in England and Wales in November 2022. Of these, 1,595 were creditors’ voluntary liquidations (CVLs), in which a company’s directors formally close a company voluntarily but on an insolvent basis. This figure is 50% higher compared to November 2019 (pre-pandemic) and 5% higher than November 2021.

There are a number of reasons for this increase. The pandemic, and war in Ukraine and the subsequent economic climate has led to high inflation rates and widespread disruption to global supply chains. This has taken its toll in the form of rising operating costs (both in terms of obtaining raw materials and the cost of retaining staff impacted by the cost-of-living crisis) and reduced customer spending power.

Accordingly, the position that companies find themselves in is far from rare in the current climate.

The time at which this shift in duty crystallises is not entirely clear, as it is not always easy to pinpoint the moment at which a company’s insolvency issues begin. Directors must therefore balance the risks of keeping the company operating while ensuring that they are not potentially falling personally liable for wrongful trading.

As a general rule, a director should consider a company to be insolvent when it is in a financial position in which a director, acting reasonably, would conclude that there is no reasonable prospect of avoiding an insolvent liquidation. A failure to do so could result in the guilty director having to personally contribute to the company’s assets.

As the above statistics show, CVLs are the most common form of insolvency. However, there is still a degree of stigma relating to CVLs that make directors hesitant to venture down this path.

At the most basic level, CVLs lead to the closure of the company, the selling off of all of its business assets, and the redundancies of all staff employed by the company. The directors will always have such business failures on their records at Companies House. Furthermore, the public notice placed in the Gazette may be seen by some directors as a black mark on their business reputation.

Looking specifically at the risks to directors once a CVL is commenced, an insolvency practitioner is also charged with undertaking an investigation into the conduct of the directors. The aim of the investigation is to determine the reasons for the company’s financial struggles; any potential claims for wrongful trading; and to look at director disqualifications which could result in a ban from acting as a company director for up to 15 years or, in the most serious cases, prosecution through the courts leading to fines or prison sentences).

Personal liability for company debts could also arise where directors have made personal guarantees against the debts of the business.

However, as long as the company’s directors have acted in a sensible and proper way and kept records, they should have nothing to fear when it comes to CVLs.

The Future Fund was a government scheme designed to support UK-based ‘innovative companies’ by providing convertible loans ranging from £125,000 to £5 million (which were subject to such funding being matched by private investors).

The scheme arose out of the pandemic in order to aid companies facing financial difficulties. Although the scheme has now closed to new applicants, it had previously seen over £1 billion invested into well over a thousand companies.

Despite this aid, not all of the companies that received investment from the Future Fund have managed to continue trading. As of October 2022, 67 of the businesses backed by the scheme had ceased to exist.

Although promoted as a government aid scheme, the Future Fund has received criticism from investee companies, particularly where they have run into financial difficulties.

Much of this comes down to the infrastructure in place. Contacting the Future Fund can be difficult, with much of its communication going via the company’s Future Fund online portal. There is no direct email or helpline that can be contacted for urgent matters, and so situations requiring a swift response can often be unnecessarily delayed.

As such, ringing up the Future Fund to see if they will agree a reduction or variation on their debt terms to enable an investee company to be wound up on a solvent basis is pretty much an impossible task.

Where a creditor such as the Future Fund is not engaging or communicating with a debtor company, a director may decide that it is easiest to simply pay off its debt in full in order to facilitate an easy end-game. However, directors should be wary of doing so as, should the company later become insolvent, this may be considered a preference for the purposes of the Insolvency Act 1986.

A payment is considered to be a preference if it is deemed to have been made with the intention of placing the creditor in a better position than they would have otherwise been in should the debtor company later enter insolvency.

Payments dating back six months prior to the commencement of insolvency can be considered preferences, and they can even be dated back two years prior if the payment was made to a party that is connected to the company.

In the event that a preference has been deemed to have been made, an insolvency practitioner can take action to recover the money from the beneficiary creditor. Furthermore, this can also be used as evidence against the company’s directors in the form of disqualification, or personal liability for the company’s debts.

Directors should be careful when making payments to creditors (particularly unsecured creditors), and they should ensure that the interests of all of the company’s creditors are being taken into account when doing so.

CVAs as a solution

One potential solution that could be explored by the directors seeking a solvent end game is a company voluntary arrangement (CVA).

CVAs can be used to pay creditors an agreed reduced percentage amount over a fixed period in order to enable a company to continue trading and/or to facilitate a solvent winding up. They can only be obtained through the appointment of an insolvency practitioner, who will receive compensation for administering/overseeing the CVA arrangement.

Within a month of being appointed, the insolvency practitioner is required to work out an arrangement covering the amount of debt that the company can pay, as well as a payment schedule.

Generally, a CVA will enable a company to settle its debts by paying only a proportion of the amount that it owes to creditors. This can provide benefits for both parties as it enables a company to pay off its debts and continue trading, whilst it also enables creditors to recoup a portion of their investment that they may not otherwise receive should the company become insolvent.

Once the insolvency practitioner has worked out the scheme, they are required to write to the company’s creditors with details of the arrangement before inviting them to vote on it. The CVA is then approved if 75% of the unsecured creditors who vote on the arrangement agree (calculated by debt value).

Once approved, the CVA binds all of the company’s unsecured creditors who were entitled to vote on the arrangement. For example, should the Future Fund fail to engage with insolvency discussions or the CVA, they too would be bound by its terms.

Once bound, the terms of the CVA prohibit creditors from taking steps against the company. For example, this will often include preventing a creditor from recovering any debt other than through the agreed payment schedules set out in the CVA.

A company will need to ensure that the payment schedule is met until the debts are repaid as set out in the CVA. If a debtor company fails to comply with the terms of a CVA, then the creditors cease to be bound by the CVA and can pursue the company for the balance of the debt due.

In summary, and if approved, a CVA can allow directors to wind up their company on a solvent basis even if they have a shareholder in their ranks which is unable to make a decision on a debt reduction proposal. 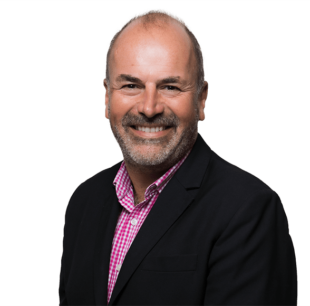