With the market buoyant as ever, associates and partners alike will be considering whether now may be a good time to move elsewhere, perhaps in the interests of pay, promotion prospects, prestige, or any combination of those and other factors.

Whilst a number of firms are proactively seeking new hires to expand their respective teams, they are also finding themselves battling to prevent the poaching of their current talent pool by competitors.

A partner looking to move firms may consider whether to take their associates and others with them, known as a “team move”, in a bid to ensure a smoother transition (both in terms of clients and collective know-how) and heighten the chances of success at their new home.

What should partners bear in mind when considering a team move, and what can firms do when they become aware of a potential exodus?

What are team moves and why are they controversial?

A team move is when a group of partners and/or employees agree in concert to move from their existing firm to another.

Often this will take the form of a partner or partners moving to a new firm, followed by a series of resignations from the associate pool at the existing firm, in order to follow the relevant partner(s) to the new firm.

From a legal perspective, it is almost impossible for two or more partners to co-ordinate to move to competitor firm without being in breach of their obligations (both fiduciary and contractual) arising under the partnership agreement and the general law of partnership.

For those seeking to implement a team move, a highly cautious approach must be taken to ensure that any current or post-termination obligations are not breached.

Often team moves will be well thought out and planned in detail. Such planning may itself amount to a breach of the restrictions that partners (and in some cases employees) will be under while they remained engaged by their current firm.

The new firm – and potentially a third-party recruiter – may also be accused of inducing a breach of the team members’ obligations or conspiracy.

Legalities aside, the old firm is unlikely to retain much goodwill towards the moving team and may be more aggressive in asserting its rights against the team or their new firm. Of course, its negotiating position will be much stronger if it has a well-crafted suite of express duties in its partnership agreement, which apply to both before and after the expiry of the partners’ notice periods.

The importance of getting the timings right

A team move may be prompted by disgruntlement between the team and its existing firm, or because a new firm has given a partner or team an offer that cannot be refused.

The timing of the move must be carefully thought through. Some partnerships will only allow for the retirement of one or a specified number of partners in one year, with priority being given to the partner who is served their notice first, as part of a “departure lounge” clause.

Careful thought therefore must be given to the terms of retirement (including process, notice period etc.) as set out in the relevant partnership and LLP agreements. The movers will also want to try and minimise the impression of their departures having been coordinated during the period when they were partners, as this may itself be a breach of their duty of loyalty to the firm.

If associates are to follow, their own resignations – which may well be subject to shorter notice periods – should be timed appropriately. They will want to be able to show that they resigned upon hearing of the partner’s new firm, having spontaneously enquired of the new firm as to the prospect of a new role for them. This may or may not reflect the reality of the situation, so the current firm should consider whether there is evidence of collusion in breach of contract.

Restrictive covenants and other key duties

It is important to note that partnership and LLP agreements often contain lengthy notice periods and onerous restrictive covenants. These are more likely to be enforceable than for employees, so partners will need to understand their legal position and need to carefully negotiate a workable path through the relevant exit terms, if indeed there is one.

Non-compete restrictions (if any) and prohibitions on the poaching of employees and solicitation of and clients will be relevant as to what can be done once a partner’s notice period has expired.

However, in the meantime, partners and LLP members also have more stringent legal duties which will restrict any preparations to join or create a competitive business.

These restrictions will often be expressly set out in the partnership or LLP agreement, but that document is not the whole legal picture: there will also be implied fiduciary duties or obligations of confidentiality arising as part of the relationship between the partners and the firm or LLP.

How can a firm protect itself from team moves?

The key steps should include:

How do team moves happen despite all of these tripwires?

Even with a full suite of contractual protections in its partnership agreement, a firm may still need to compromise when faced with the news of an outgoing team move. This is principally because:

In other cases, the new firm will simply accept that recruiting the team will take time and patience. It would not get the full benefit of a newly hired partner right away, because he or she will not be joined by the old team members until months afterwards and there may be restrictions on dealing with clients as well.

However, there may still be plenty of work (whether on business development or the new firm’s existing clients) to be done whilst they wait for the relevant restrictions to expire. 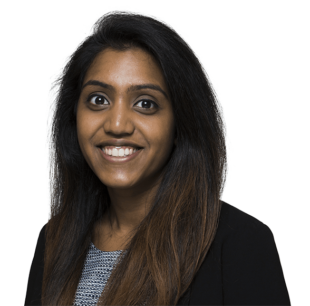